“I wanted to testify, to tell the truth about myself and my time. This is a film about youthful dreams, about the thirst for knowledge, and about a burning desire to prove oneself. But it’s also a film about my early life, told from the viewpoint of a 50-year old man. There is thus a dialectical relation at work in the film between the young man I was in the 1940s and the older man who made the film more than 30 years later, as well as between the Alexandria of the colonial past and the Alexandria of today. Rather than being the truth about my life, the film is more the beginning of a process of settling accounts with life.” — Youssef Chahine

“Alexandria… Why?, Youssef Chahine’s semi-autobiographical film about an aspiring filmmaker haunted by Hollywood dreams, meanwhile, offers an Egyptian perspective on the imperializing film culture of the US. Chahine’s protagonist begins as a Victoria College student who adores Shakespeare’s plays and Hollywood movies. The film is set in the 1940s, a critical period for the protagonist and for Egypt: Allied troops were then stationed in the country and Axis forces threatened to invade Alexandria. Although Alexandria… Why? focuses on the would-be filmmaker, its subplots offer a multiperspectival study of Egyptian society, describing how different classes, ethnicities, and religions—working-class communists, aristocratic Muslim homosexuals, middle-class Egyptian Jews, petit-bourgeois Catholics—react to Egyptian-Arab nationalism. The subplots stress the diversity of Egyptian experience, but the unanimity of the reaction to European colonialism.” — Ella Shohat & Robert Stam, Unthinking Eurocentrism: Multiculturalism and the Media

“From a historical perspective, Chahine’s cinema of the late 1970s and beyond helped initiate a bold cinematic examination of Arab national identity with an eye for celebrating its social and cultural heterogeneity. As noted above, it was at least two decades after Chahine made his autobiographical portrayal of a religiously and culturally diverse Alexandria that other Arab filmmakers began to depict aspects of the multireligious, multiethnic, and multiracial diversity of the Arab world and expose the current attempts to erase the remnants of such diversity. To the extent that it celebrated and reintroduced Jewish identity as an integral component of Arab national identity, Chahine’s Alexandria… Why? offered an Arab cinematic milestone in its heterogenic reexamination of Arab national identity.” — Malek Khouri, The Arab National Project in Youssef Chahine’s Cinema

“What I do is think about time in a very simple way. Filmmakers are never interested in time, which disturbs me because time is terribly important — it’s a dimension. Our life happens over time, and time is always short, and getting shorter and shorter. That’s why I want to show you in my films that time is passing and when something is happening it’s happening in time. I want to show the viewer that time is as important as the set, as the music, as the actors and the action.” 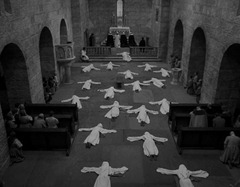 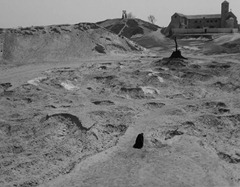 “Jarosław Iwaszkiewicz was a very famous Polish writer, and he adapted the story of the devils of Loudun for Polish circumstances. But it was a problem to make that particular film, because under Communism the state felt that the subject was too religious, while paradoxically the church felt that it was anti-Catholic. I wondered what crime I had committed! A film like Mother Joan of the Angels could only have been made in Poland in that particular political framework. […] I wanted the film to be about the nature of man, the nature that resists imposed restrictions and dogmas. The most important thing is the feeling we call love. Mother Joan of the Angels is, after all, a story of love between a priest and a nun.”

Robert Altman: It’s true that I dreamed [3 Women], but it was not the content of the film or any emotion in it, just that it was about personality theft. I had a film cancelled on me at Warner Brothers. I needed to make a film badly, and then my wife Kathryn got very sick. We took her to the emergency hospital at four in the morning, and it seemed very serious at the time, though it all turned out fine in the end. But I returned to my house on the beach in Malibu and went to bed feeling kind of desperate, and I dreamed I was making this film. I dreamed the title, the location and that there were three women, and I knew two of the cast, Shelley Duvall and Sissy Spacek. Part of the dream was that I kept waking up and writing these things down on a notepad. And then I told two of my production people, Tommy Thompson and Bob Eggenweiler, to check out Palm Springs. When I really woke up, there was sand in the bed, because my son Matthew, who was eleven then, had joined me, and he was spending all of his time on the beach. So that’s probably where the desert location came from… I had no story at that point, just the ambience and an atmosphere.

Sissy Spacek: I remember he told us about his dream. I did little drawings, little sketches about his dream. Bob would get the seed of an idea and he would let the people he was working with become a part of that… He told me everything he knew about my character, Pinky, and then it was like he would give actors a track, a blueprint. ‘Now work within these parameters and put yourself into it.’ He didn’t need to have all the answers. He didn’t have that disease where as a director you have to know everything. There was a lot of improvisational stuff. He would give us a scene in the morning and then it would grow. It was so freeing working with him after having worked with other directors. The way he works is all very naturalistic. Everything is natural and the sets are happy and relaxed and he seemed to always be the happiest and the most relaxed. I don’t think I ever knew what the film was about. I remember Bob would say, ‘Well, if you confuse people enough in the first twenty minutes they’ll give up trying to figure out what it’s about and they’ll just go with it and enjoy it.’

Shelley Duvall: I wrote all my own monologues. Bob would say, ‘Why don’t you write a monologue just in case we can use it?’ And we’d use it. He knows I always do my homework. I had been reading Apartment Life, Redbook, Readers Digest, and Woman’s Day. It’s easy to write. Monologues just came out in 15 minutes. Well, I put a lot of myself in, but I’m not a consumer like Millie. I played her like a Lubitsch comedy—people taking themselves very seriously. It is great fun to watch, as long as it isn’t you.

“The idea for Limite came about by chance. I was in Paris, having come over from England where I was studying, and I was passing by a newspaper stand when I saw a magazine with a photograph of a woman on the cover, with arms wrapped round her chest, handcuffed. A man’s arms. And the magazine was called Vu [no. 74, 14 August 1929]… I carried on walking and I could not get this image out of my mind. And right after that, I saw this sea of fire and a woman clinging to the remnants of a sinking ship… At night, in a hotel, I scribbled down the opening scene of the film, without knowing what I was doing.” 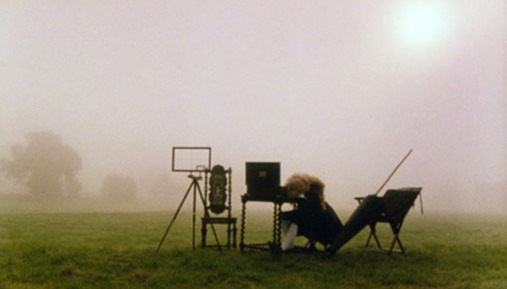 “Greenaway insistently draws the viewer’s attention to the frame as a powerful ideological device shaping our perceptions and representations of reality and reducing the natural world to a representation. Greenaway treats the frame as a system of ordering and containment, as a plotting device and aid to conspiracy, and as a human construct that has become the dominant mode of engaging with and accessing reality. By ‘holding’ the world’s living entities within its borders, the frame becomes the means and the medium through which we see and understand natural processes; the frame re-presents the world back to us as primarily a human artifact and an object of vision.”

Paula Willoquet-Maricondi, “The Spirit of Place in Peter Greenaway’s The Draughtsman’s Contract” 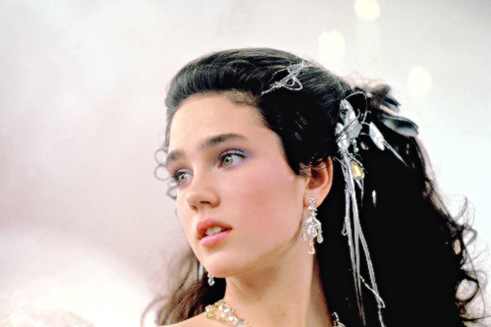 I ask for so little. Just fear me, love me, do as I say and I will be your slave.